VanEck : A brave new world where technology blends with human social interaction has been a common theme throughout 20th and 21st century literature and cinema …

Think of Isaac Asimov’s Robot series of novels, or the cult films Blade Runner and Matrix.

Many people say that the world will not be the same after the coronavirus crisis. For sure, there will be a renewed focus on healthcare systems, companies’ supply chains and maybe even taxes. But it’s also likely that the virtual world will gain ground on the physical.

Use of online platforms has been gaining ground for some time, but the crisis has shocked people into a sudden change of habits. Confined to their homes, people are living online as never before – whether using social networks, taking conference calls or playing video games. The genie is out of the bottle and there’s no putting it back.

As discussed in VanEck’s recent publication, Video Games & Esports: The MVPs of Quarantine, demand for video games and esports is booming. Stepping up to satisfy demand, physical sports or leagues clubs that have had to suspend all events are launching their own esports leagues as an alternative. For example, Formula 1 announced at the end of March that it would launch the F1 Esports Virtual Grand Prix Series, featuring a number of current F1 drivers.

But is this a blip or the beginning of a turbo-charged trend? Is the upsurge in video game usage part of a big long-term upswing in usage of digital social media, accelerated by the crisis? Is this a hinge of history, a moment that accentuates the new tech revolution that commentators were already predicting?

For context, the video game industry has been growing at a break-neck speed, with global revenues predicted to double approximately from 2015 to 2021, (see figure 1). Note that this estimate dates from before the corona crisis and might therefore be an underestimation. 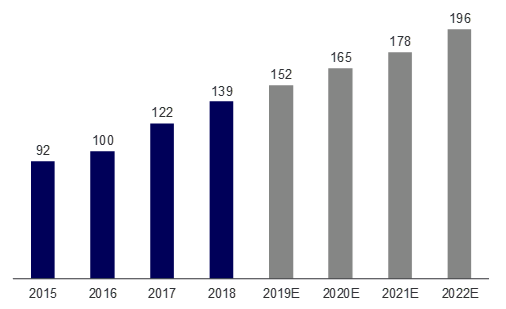 Many stocks in video game related companies were following in the slipstream. Currently, many are trading at high valuations. While this should not be interpreted as guarantee for sustainable future performance it could be an indication of fast earnings growth to come.

But there’s a good reason for this – that fits with the continuing need for social interaction at a time of lockdown – which shows how video games suit human nature.

Whereas the traditional view on video games has been that they are as a way for diversion for socially less skilled persons, research into psychology stresses the versatility of video games in responding to human needs1.

In fact, one could say that they cover at least three of the main elements of Maslow’s famous pyramid of needs: self-actualization, esteem and love / belonging. With regards to self-confinement due to COVID-19 one could maybe add safety to a satisfied need (see figure 2).

Just as the demand for video gaming is soaring, so too the technological infrastructure has fallen into place. High-speed internet communications are becoming more broadly available across the world, even outside big cities. Beyond this, two types of technology are opening up a new frontier in gaming:

‘Cloud gaming’ such as offered by Google Stadia has immense potential. Referring to video games where content is processed in the cloud rather than on a PC or console, it will make high-quality games available for anyone with high-speed internet.

Consumers will no longer need to pay high up-front costs for consoles or games, but will pay through monthly subscription fees. It is likely that game use will soar (figure 3), following the path set by music streaming platforms like iTunes. 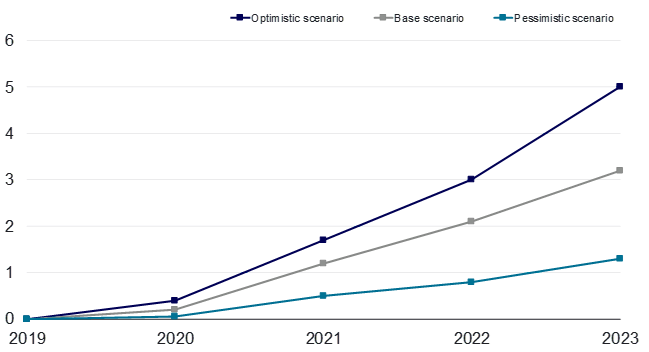 Whether direct or through augmented reality, virtual reality (VR) will further reduce the need for players to sit next to each other. Anyone who has ever played a VR game knows how seemingly near the other person or object can be.

This might explain why social network Facebook acquired VR pioneer Oculus in 2014 for more than USD 2bn. 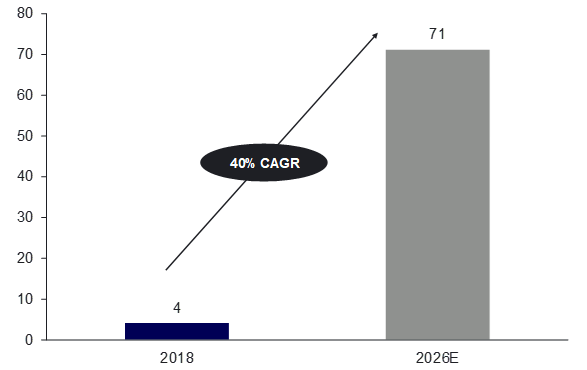 Turning to new technology more generally, as Artificial Intelligence and other technologies lead to more automation and increased use of robots, so it’s likely that people will have more leisure time. Even though in absolute terms the video game industry is already big (estimated revenues of USD 152 billion in 2019), it represents roughly 0.2% of GDP.

But the overall share of leisure in global GDP (we will use travel and tourism as a proxy) is 10%. Assuming broadly that video gaming expands to take 2% of global GDP, the current industry’s size revenues would increase ten-fold. Do note that VanEck is not in the possession of any study or other data indicating that this number will materialize. 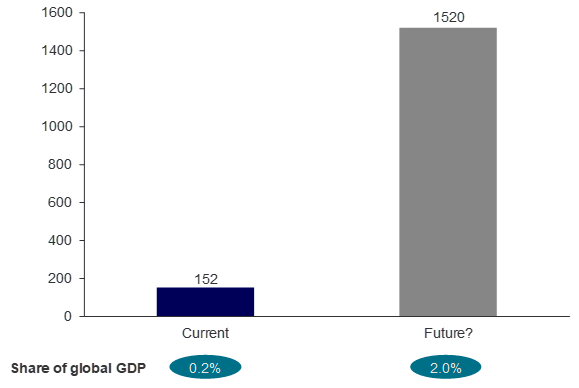 So, given the expected rise of the video game industry, which companies will capture the value? In order to analyze this, let us look at the value chain. Out of the five main areas of the industry’s value chain, most value is expected to be captured by game developers / publishers and hardware manufacturers. They will do so either directly or through their role in esports. 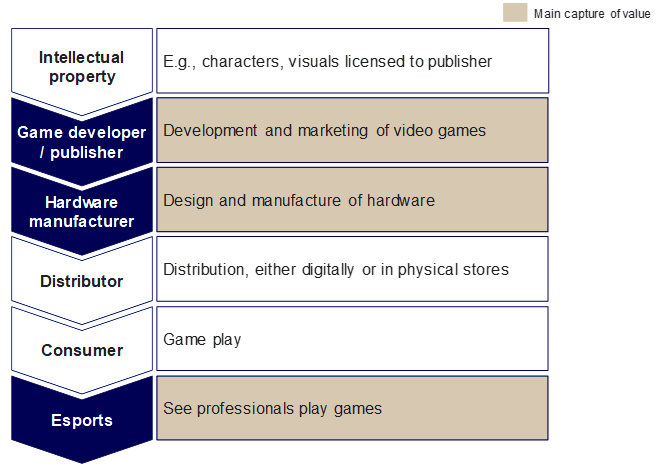 As we can see in the chart below (figure 7), the main reasons to buy a game relate to: the hardware, the game’s price, the story, the continuation of a series and online gameplay. The last four factors are all controlled by game developers and publishers. Interestingly, intellectual property (IP) ranks last in the list, and it should be noted that much IP has been created by publishers, such as Nintendo’s Mario character. 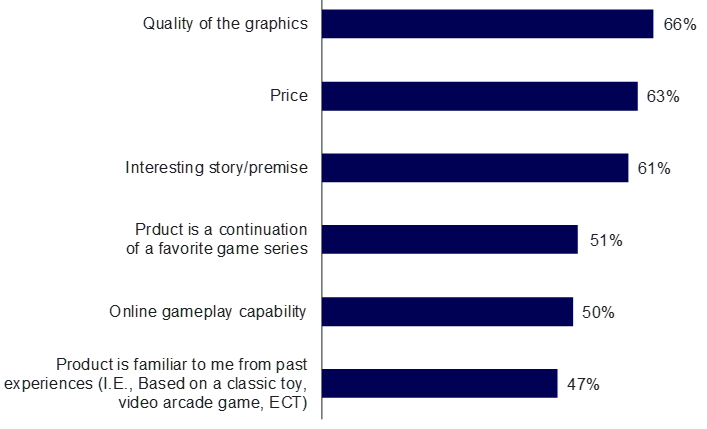 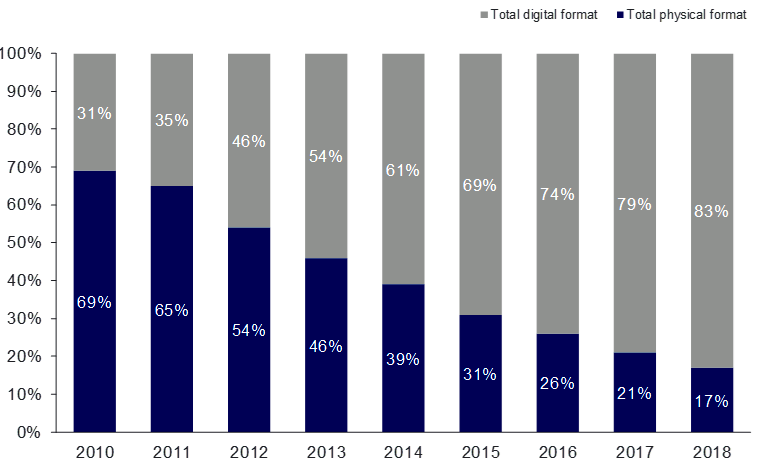 Regarding esports, we see that the owners of the main leagues actually are also game developers / publishers, positioning them well to benefit from the growth (figure 9).

So, if as seems likely, today’s virus crisis has triggered a change in human behaviors, then video gaming companies seem likely to play a role in providing the means for this to happen. All over the world, people are socializing digitally through video games rather than mixing face to face.

At some point coronavirus will fade into the past, but its legacies will last, and one of them is likely to be a far greater acceptance of digital socializing.